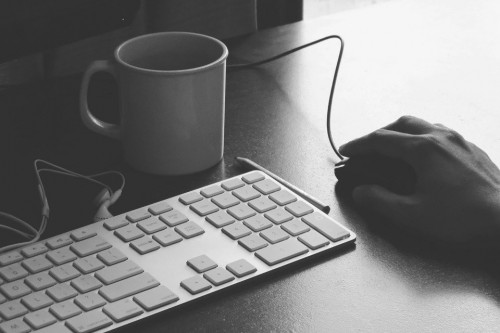 Can you think of a company that had an issue that could have damaged their reputation?

How about the Innocent campaign slip-up? The smoothie company, that is known for its humorous advertising, launched a range of nut milks, including 'Conker Milk'. The problem being that some customers truly believed the smoothie to be made from conkers, leading to Innocent apologising for their misleading title and warning people not to eat the playground regular.

A threat to a company's reputation can destroy a brand's image in minutes, hours or days. The Reputation Report 2018 states "one in 20 companies said that damaging content has cost them more than a staggering £500,000". These threats should be readily anticipated, understood and planned.

What is issue management?

Companies are often facing situations in which an issue or crisis can occur. If a situation runs the risk of escalating intensely, it can either snowball or preferentially be caught and dealt with in good time. Some examples of issues that most commonly occur can be a self-generated issue, an unrelated crisis that affects the organisation or an issue that is deliberately targeted at the organisation.


How to stop an issue affecting your brand.

46% of companies have been affected by or have concerns about press material. But it is possible to assess situations that could potentially become an issue in the future. It's helpful to have an issue management plan and team readily available if any negative issues arise. The plan should be clear, confident and detailed to communicate a positive message to the media and all publics.

With an action plan in place, a company should be able to respond and react quickly to any issues. The longer an issue is left, the faster miscommunication spreads. Therefore, it is important to discuss in advance and prepare who will speak for the company, where it will be communicated and how the company should react in the event of an issue.

It sounds silly but it's so important! According to a survey conducted by the Porter/Novelli public relations firm, 95% of customers are more offended by a company lying about the crisis than the crisis itself. A company should discuss the issue with all team members and ensure that the issue is not discussed outside the company or any information is released without having all of the correct facts.

4. Build your reputation in advance

Ensure that testimonials, reviews and case studies are visible to the public as they will all be a huge asset to building a reputation in advance. They add substance to the way a client would look at your company and help build a positive brand image overall.

Overall, you want your company to thrive and grow a bad reputation can stop that from happening. By having a good reputation, a company will benefit from gaining business opportunities, increase its value and could result in lower marketing costs. The below case study explores the effects of a damaged brand reputation and the possibilities of restoring a crisis.

Samsung is known as one of the world's largest producers of electronic devices.

Issue:
On 2 September 2016, Samsung suspended sales of the Galaxy Note 7 and announced a recall on the product after a report of a manufacturing defect in the phones batteries caused fires and explosions.

Reaction:
The product was recalled and Samsung had announced that the old Note 7's are to be replaced by a new and safe model.

Crisis:
Reports started to reveal the same failures happening with these replacement phones which the media latched onto very quickly.

DJ Koh, President Mobile Communications Business for Samsung Electronics, said "Technology innovation is important to Samsung, but our customer's safety is more important. We want to reinstate trust in the brand."

Samsung saw Q3 profits drop by 30% and the loss of the top spot to Apple. However, the company has thrived despite this hard time and delivered on producing a new quality assurance process that both Samsung and its component manufacturers must follow.

In 2018 Samsung Electronics Co. was ranked No. 2 in the reputation ranking among global information technology firms carried out by the Boston-based Reputation Institute. It beat such big names as Intel, Google, Microsoft and Apple.