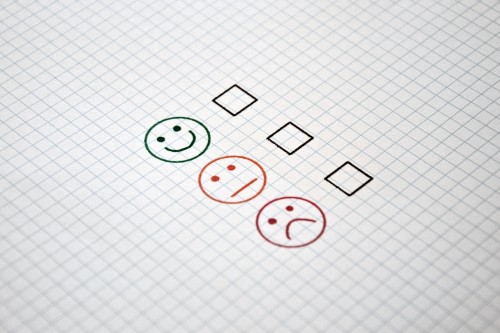 I hate it. The words most designers dread and the words that one architect heard on unveiling her grand scheme for a couple's home. I'm talking of course about the latest episode of the BBC2 home makeover show 'Your Home Made Perfect'. The premise of the show is simple, each week, two architects present their vision for a home that is shown to the clients via VR (virtual reality). The clients get the opportunity to experience the plans in this 3D setting to get a real feel of how the space looks and functions as a home before they pick which plan to go with.

While this big reveal is usually met with oohs and aahs, one surprising reaction in the latest episode was when viewing the newly designed living room area. Upon seeing the design, the client couldn't hold herself back from exclaiming "I hate it", with the architect (Laura Jane Clark) clearly taken aback at such a strong, negative reaction to her design.

There are two ways in which you would expect a designer to react to this response. The first way would be to shut down and become defensive of the design, which can often result in the client feeling unheard or misunderstood. The second way, which is the one the architect chose, is to absorb the clients feedback and explain to them the rationale behind the design.

For designers, it is important to remember that not everyone has the same background or training as you do and some people may not be able to see past individual details, in order to take in the whole design or appreciate your point of view. It is the job of the designer to explain to the client why they have used a certain design element and how they feel it is the best approach rather than simply presenting an idea without context. Revealing why a designer has approached a brief in a certain way can really help the client embrace a design from a new perspective, one that they may not have previously considered.

In any client / designer relationship the client should always feel comfortable enough to give their honest opinion. Although many designers may dread it, this opinion will sometimes be negative. Negative feedback can often times be extremely useful if it is presented in the right way. A good tip for clients to use is to be as constructive as possible with any negative feedback and try to articulate why they don't like a particular design. By providing the designer with specifics they then have something to work from. A designer won't be able to solve an issue if they do not know which elements need to be addressed and changed. Sometimes the solution can be as simple as changing one colour in a design scheme rather than starting from scratch on something new, but this cannot be achieved if the designer and client are not willing to listen to each other and appreciate the other's perspective.

Towards the end of the episode, when it came time to reveal which plan the couple had picked, you can imagine the audience surprise when it was revealed they had picked the design which had produced the dreaded "I hate it". This is a testament to the way in which the architect handled the entire situation. She did not try to force her ideas onto the client, but rather listened to their feedback and adapted her design to meet their needs. She later explained how although the finished design was not exactly to her taste she could appreciate where she needed to let go of the reigns and provide a compromise that everyone could agree on.

After the episode, the Twitter posts started to roll in, eventually trending as the Number 2 UK topic. Among these posts were comments about how the clients had gone too much against the architect's plans and not trusted the vision of the architect. It is important to remember that people have different tastes and that design can be a very subjective thing. This subjective nature can mean that finished designs often vary from the designer's initial vision, sometimes for the better, and sometimes for the worse.

A good designer will know that most client projects will require some sort of compromise and an ideal client will be able to take on board and appreciate the ideas put forward by the designer. After all, that is why they have approached a professional, for their skills and knowledge. The key to any effective client / designer relationship is open and honest communication as well as patience and a willingness to see things from another's perspective.

Stephen Burridge is a Graphic Designer at the multi-discipline marketing agency Dragonfly Creative. If we can help your business in any way please contact us on 02920 723 873 or email admin@dragonfly-creative.co.uk