Is the future technology or humans? 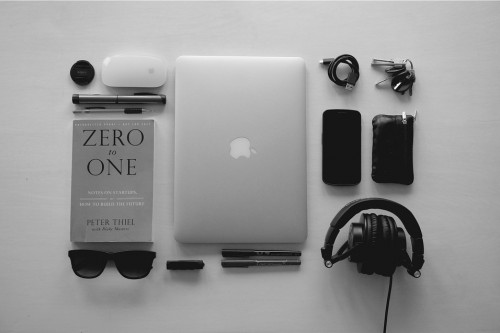 Is the future technology or humans?

Cars are driving themselves, Amazon Go developing a no store checkout and there is even talk of drones being used for takeaway delivery. As a result of such developments, there is growing concern that robots and artificial intelligence will lead to many jobs disappearing. A report by Gartner Research predicts that 1.8 million jobs will be lost by 2020, though they also acknowledge there is potential for 2.3 million new ones to be created.

The loss of jobs to technological development is nothing new. Many jobs from yesteryear - switchboard operators, bowling alley pinsetters and film projectionists - have already gone. So it should be no surprise that bridge toll collectors, cashiers and factory workers are today under threat from changing technology. However, such loss of employment needs to be set against the potential benefits to our lives. For example, the catering trade has recognised that technology can be used to develop interaction with customers. The British pub chain Wetherspoon's has created an app allowing customers to order food and drink, either in advance or at their table, via their mobile phone, to cut down customer waiting times in their establishments.

Something else that should not come as a surprise, is that people resist technological change. Over 200 years ago workers resisted the mechanisation of the textile industry and the term luddite entered the English language as someone who opposed increased industrialisation or new technology. While people may not like change, there may be underlying factors which need to be taken into account when trying to explain people's concerns about new technologies. One factor why people may be concerned about technological change is their need for human contact. Research has shown that people feel happier and healthier when they socialise. Psychology Today has noted that being able to relate to and communicate with others is important for our health and well-being.

So what does the need for human contact mean for business?

In the restaurant trade there are some people who like to be welcomed by a server or be able to talk about the menu. And if the food is not to the customers liking, they will want to talk to a server about either replacing their meal or discounting the bill. For such customers, a self-service touchscreen kiosk or app to order their food will not be sufficient to meet their needs. Similarly, when phoning an organisation and faced with a menu of options (Interactive Voice Response system) many customers would rather speak directly with a human, especially when they want to complain. A survey has shown that 83% of consumers said they prefer dealing with human beings over digital channels to solve customer service issues.

In other circumstances customers like to mix the new technology with traditional experiences. One example of customers opting for such a duel approach can be seen in the retail trade. The Finanical Times reported that online shopping has grown by 12.5% since 2012. While this way of shopping has become increasingly popular and useful for a quick buy and for comparing prices, some customers still like to visit shops before committing to a purchase. Stores offer a more personal experience, for example, being able to ask staff for advice, along with social interaction with family and friends.

Beyond catering and retail, there are other industries where a human touch may remain central to customer care. For example, while technology will increasingly be able to make medical diagnosis, it is unlikely that patients will always want to get their results from a machine. Trained doctors, nurses and other health care staff will remain important in helping patients understand what their condition entails and in certain circumstances excepting bad news. Compassion and comfort can be important human values needed for successful patient/customer experience.

The list of industries where a human presence is likely to remain important includes hair dressers, social workers, sports coaches and many others. That is not to say that technological advancement does not have a role to play in such sectors. In education for example, almost 70% of the UK's 32,000 primary and secondary schools are using IPads or tablet computers. However, there may be a limit to the extent to which online education replaces teacher lead learning. The BBC has reported that in the US online charter schools have significantly weaker academic performance" in maths and reading than traditional schools.

So is the future technology or humans?

It is true that advances in technology have already taken over many jobs and will continue to do so. Industries are always looking for ways to save money and technology is a means to achieving that goal. It is also true that technological change has freed many workers from repetitive tasks and given consumers quicker and easier access to a range of information and services. In moving forward, it is hard to know where technology will grow and develop over time. But it is evident that many industries will continue to require human contact as a fundamental element of their business' operation. In such cases does it really need to be technology vs humans - or should it be technology and humans? What we could see in many workplaces is a blended approach in which collaboration between humans and robots becoming a reality. But if we are to make a success of such a future era of collaboration our society will need to change. A concerted effort will be required to up-skill the population to enhance their communication and emotional intelligence abilities so they are equipped to thrive as the twenty first century develops.